Together we can Stop Human Trafficking

Florida Is Among The Three Worst Human Trafficking States

Jacksonville ranked 42 out of the top 100 most populous cities from 2007 to 2016, according to the most recent reports from the National Human Trafficking Center.

Human trafficking is a form of modern-day slavery by which traffickers profit from the control and exploitation of others. Under U.S. law human trafficking is defined as the transporting, soliciting, recruiting, harboring, providing or obtaining of another person for transport; for the purposes of forced labor, domestic servitude or sexual exploitation using force, fraud and/or coercion.

We need your help to get involved and help us speak out against human trafficking by educating people on the signs to look for to help prevent women and children from being trafficked.

If you live in the Jacksonville area, we would love to hear from you. 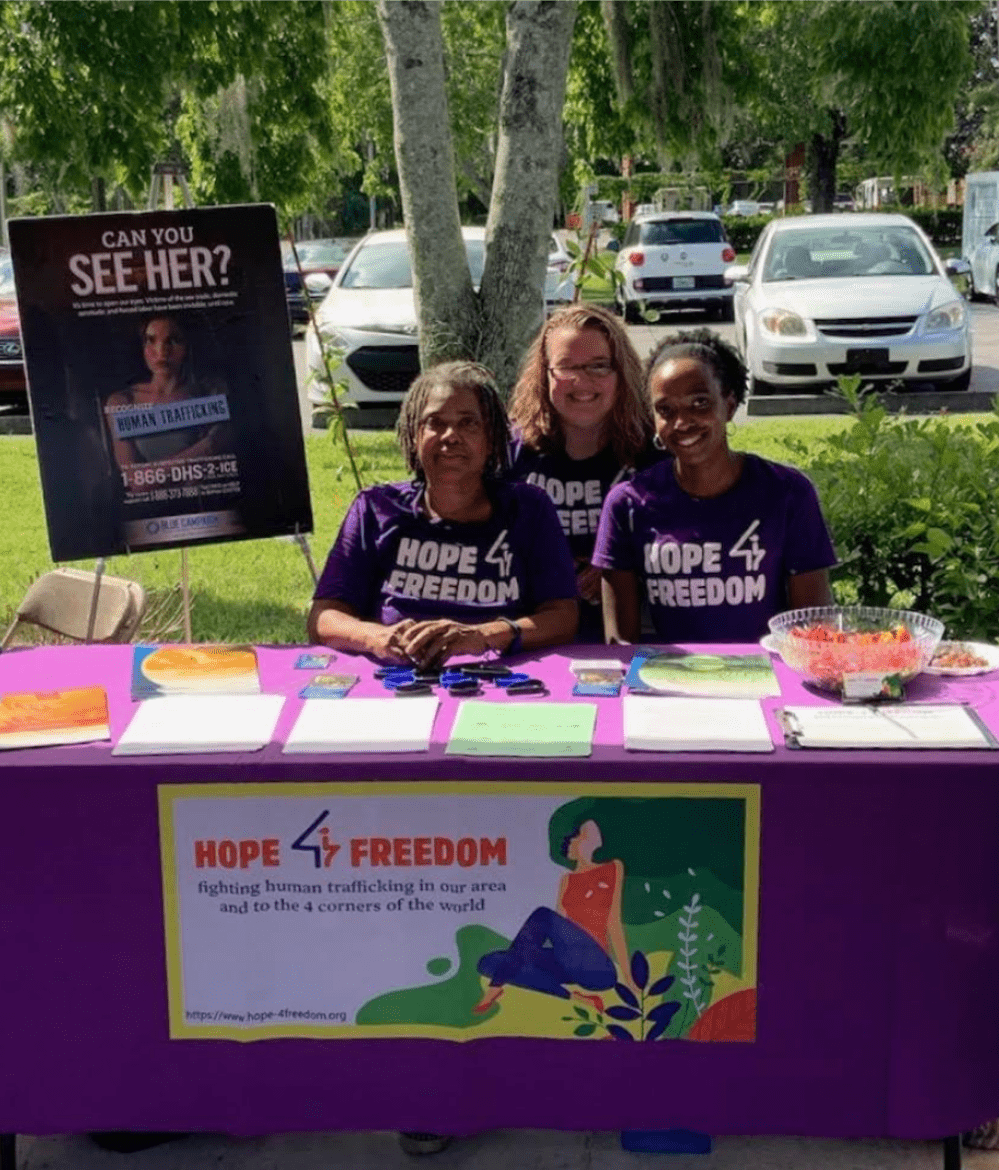 “Speak up for those who cannot speak for themselves”

Your support will help our organization cover expenses for speaking engagements and education events in the Jacksonville area and vicinity.