Rising from the Ashes of Abuse:

From an early childhood, and young adulthood, Sandra was sexually abused and exposed to involuntary domestic servitude. Her mother trafficked her as payment for their rent. Many around her ignored her pleas for help. But no-one intervened. She felt mistrust, rejection, anger, shame, fear and insecurity.

Growing up she was allowed to own one book, the Bible. Feeling abandoned, the Bible revealed what love was supposed to look and feel like. God’s word was her source of strength and hope. Through the grace and healing power of God, Sandra has learned to trust God and share her story.

In 1988, Sandra decided to make Jesus Lord of her life and became a disciple. Her story of healing came over many years as she lived in faith to recover from the abuse she endured in her life. What the enemy intended to use against her became the very strength God has used to empower Sandra to become a voice of triumph. Despite all the obstacles placed in her path through her journey, her life is a testimony that God can take bad things and turn them around for his glory.

In 2012 Sandra founded Hope 4 Freedom to help bring awareness and fight human trafficking. Once a source of sham, her story has become a powerful message of deliverance from the suffering of this world. Sandra uses her passion to inspire and raise awareness of the plight of human suffering around the world. 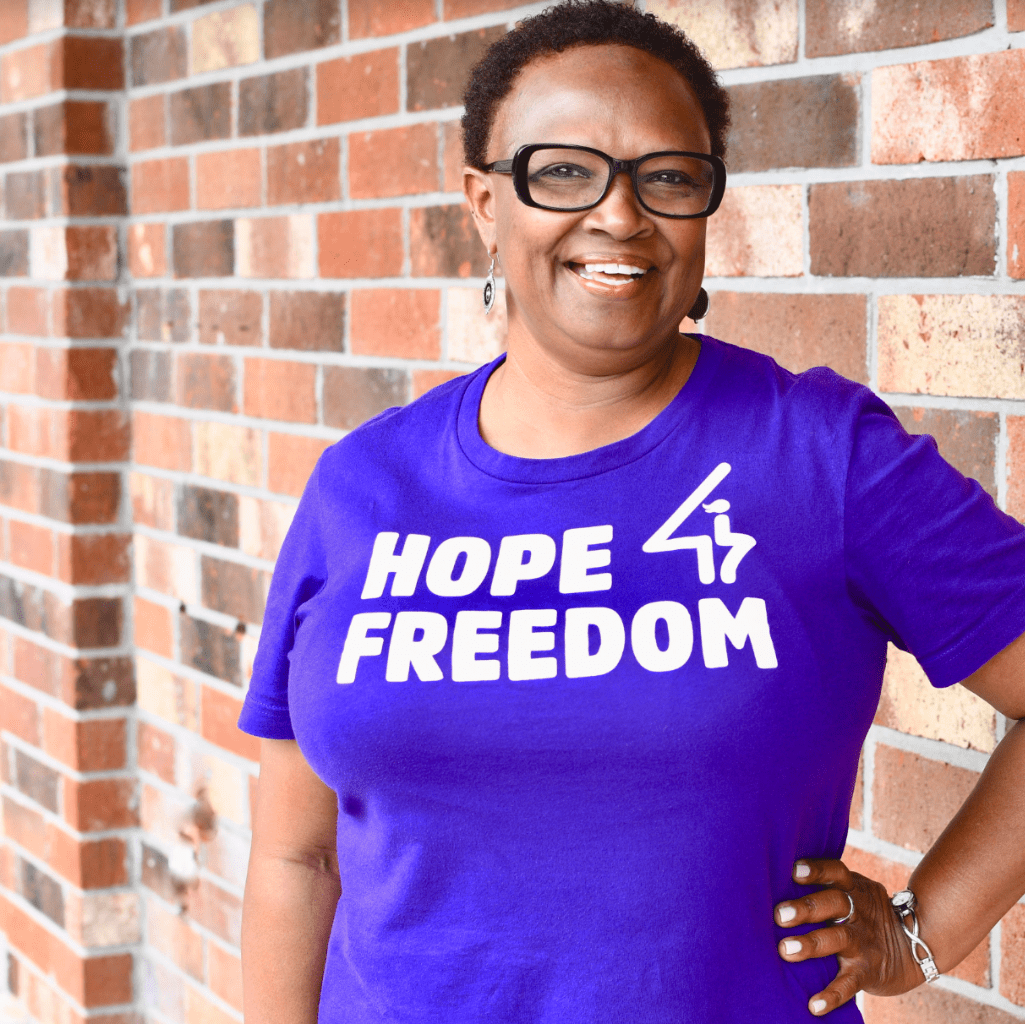